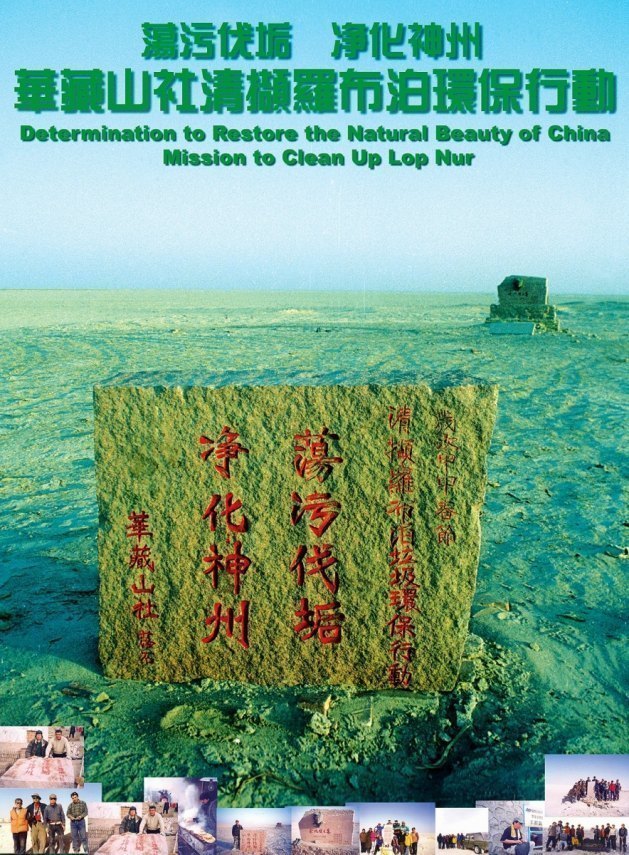 Lop Nur is a group of small, now seasonal salt lake sand marshes in the Taklimakan Desert of Xinjiang Province in western China.  Former water resources of the Lop Nur nurtured the kingdom of Loulan, an ancient civilization that thrived along the Silk Road.  Since 1934, archaeologists have excavated along its shoreline the buried remains of settlements, hundreds of elaborately built tombs, precious artifacts, as well as more than 30 well-preserved mummies.  Mobs of tourists and grave robbers also frequent the region, leaving behind piles of garbage and damaging the fragile environment.

Thin & High has mobilized 11 teams of volunteers to the remote Taklimakan Desert since 1999 to clean up the historic Lop Nur lake region and to restore it to its natural beauty.   Our most recent activity in October 2018 was documented in a video and a blog post.  Click here to watch a TV news report of our earlier efforts, and click on the following links to read the project participants’ reports:
•  The Lop Nur mystique
•  The urgency of protecting
LopNur
•  A Chinese New Year
expedition to Lop Nur.

Thin & High is the first organization in China to undertake environmental cleanup actions.  Our pioneer effort in 1999 raised the overall awareness in the government as well as in the society of the urgent need for environmental protection in China.