Establishment of a WWII Monument in the Yellow River National Park 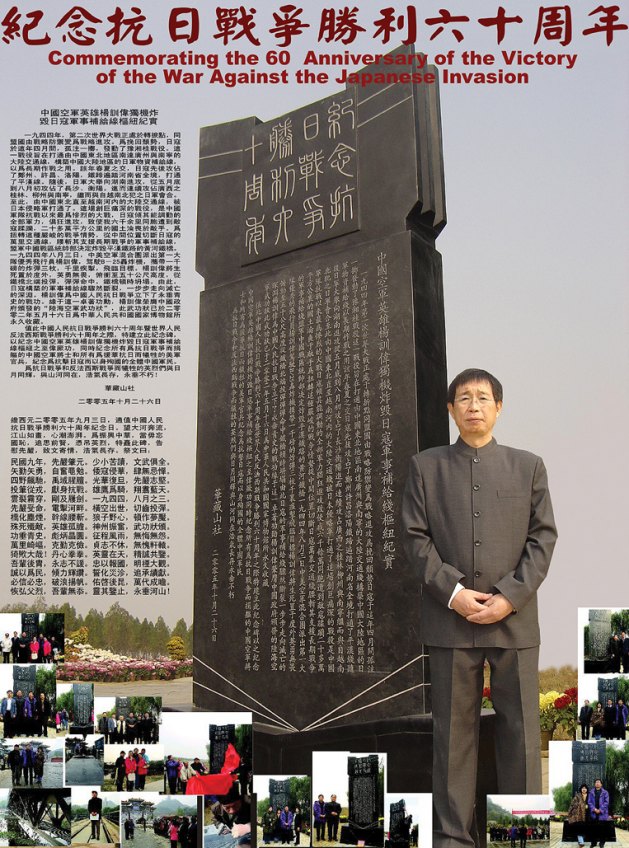 In 1944, the 14th Air Force lost 12 warplanes in an effort to cut off the Japanese supply route in China.  However, on August 3, 1944, Shun-wei Yang, the late father of Thin & High’s founder, was able to accomplish the mission by blowing up the Yellow River Bridge with three 500-pound bombs dropped from the B-25 that he piloted.  Click here to watch a TV documentary on how this difficult mission was accomplished.

In October 2005, to commemorate the 60th anniversary of the victory of the War against the Japanese Invasion and the wartime contributions of Mr. Shun-wei Yang, Thin & High erected a monument at the former site of the Yellow River Bridge, now known as the Yellow River National Park.

As of 2007, there were only eight memorials in China for commemorating the War against the Japanese Invasion —— the first six were commissioned by the Chinese government while the last two, this monument in Henan and the Praying Mantis Monument on the Shi-Ling Snow Mountain in Sichuan, were built by Thin & High.