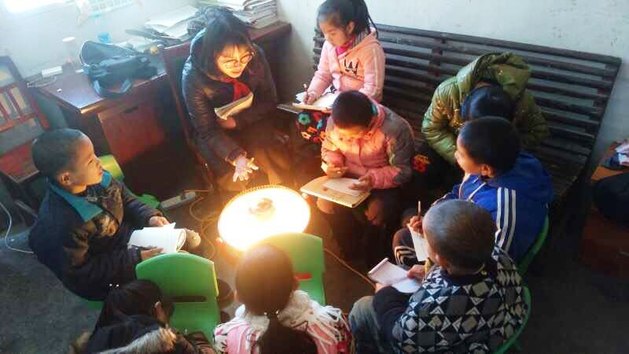 In January 2017, Thin & High organized a charitable trip to Ma Jia Shan, a remote village in China’s north-central Shaanxi province; the purpose was to help poor and needy villagers cope with the harsh winter.

Access to the village is difficult as it is surrounded by mountains, and during winter months, roads are often inaccessible due to the heavy snowfall.  To get to the village, volunteers had to walk long distances.

The village is home to more than 200 households comprising of over 500 villagers, mostly elderly and minors.  None of the households have televisions or telephones; the villagers’ only link to the outside world is a precipitous road, through which supplies such as food, daily necessities, and agricultural fertilizers are manually brought in.  The local children have to walk a long distance to the school that only provides very basic elementary education due to the lack of qualified teachers.  Most of the children are living with their grandparents, as their parents are working in distant cities trying to provide for the relatives back home; the children rarely get to see their parents, except during the annual Spring Festival (Lunar New Year).

Student volunteers from Shaanxi, Shanxi, Gansu, Henan and Xinjiang provinces visited various homes in the village to distribute warm clothing, as well as foodstuffs such as rice, flour and oil.  They also played games and undertook various activities with the village children, who were keen to take part in artistic and handicraft activities, as well as learn new skills such as English.  Apart from helping to tutor elementary school students in their school work, volunteers also built bonds with the children, and many of them will remain in touch in the years to come.

Volunteers also found out that as a result of living apart from their parents, some children display psychological and behavioral problems such as depression, anxiety, misbehavior, and inability to relate to others, just to name a few.  As this is a common phenomenon across vast swathes of China, it is a problem that the country must pay close attention to, due to its long term social implications.