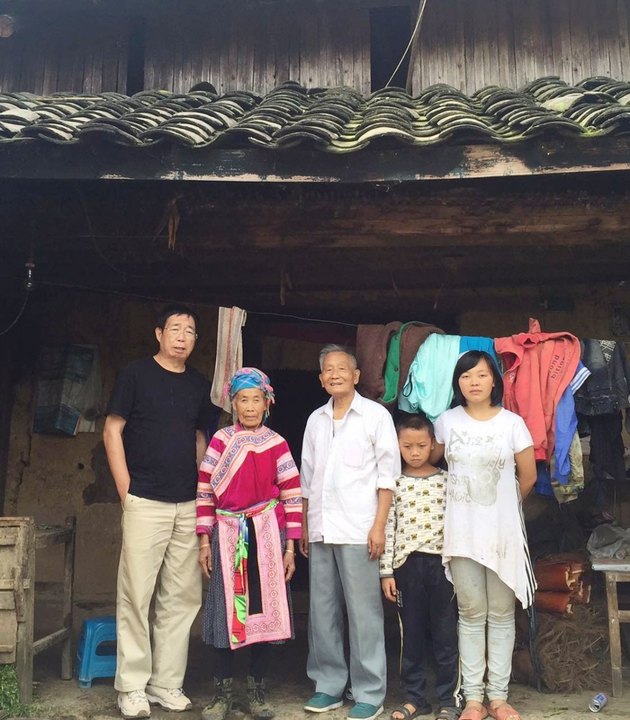 In September 2015, Thin & High volunteers visited Taiping village in China’s southwestern Yunnan province, which is near the Vietnamese border.  The three-day event was aimed at acquiring further understanding of the difficult living and health conditions faced by rural villagers in China’s remote and mountainous frontier regions inhabited by ethnic minorities.

With a population of over 100, Taiping village is comprised of ethnic Miao minority.  From the village, it takes 4 to 5 hours by foot to get to the nearest railway tracks, and most villagers still subscribe to animistic beliefs.  They make a basic living by growing crops and fruits such as maize, ginger, and kiwifruit.  Some also keep bees to produce honey, while most households raise pigs and chicken to supplement their diet.  However, due to the poor transportation and the lack of paved roads until just three years ago, villagers are unable to sell their produce elsewhere.  Their annual income amounts to about $300 USD, which is substantially below the national average.

The level of education provided in the village is also very poor, due to the lack of qualified teachers and school facilities.  Unlike other villages in China where the adult population works in urban areas to help supplement the family income, those in Taiping village remain at home tending to their crops.  This is due to the difficulty in leaving the village as a result of poor transportation; in fact, families that have the means had already left the village in search of better living conditions, and the village currently faces a dwindling population.  In addition, health care is a challenging issue for the villagers as the nearest health center is more than 12 miles away — a significant distance due to the lack of efficient modes of transportation.

Thin & High visited the homes of villagers including that of 17-year-old Tao Xiuzhen, a high-school student at Pingbian County Senior High School.  Before the roads were constructed, it took her two days to walk to her boarding school.  Thin & High provided assistance by paying for Tao’s tuition as well as room and board at the school for the academic year.

Through the visit to remote rural villages like Taiping, Thin & High hopes to deepen its own knowledge and understanding of living conditions in rural China and the challenges faced by the villagers.  If circumstances permit in future, Thin & High plans to render further assistance to the village, such as the provision of mobile clinics and other health care facilities.